There are a growing number of non-English newspapers in Trove, but how do you know what’s there? After trying a few different approaches, I generated a list of 48 newspapers with non-English content. The full details are in this notebook).

Anyway, if you’re just searching using English keywords, you might not even be aware that these titles exist. It’s important to explore ways of making diversity visible within large digitised collections. #dhhacks 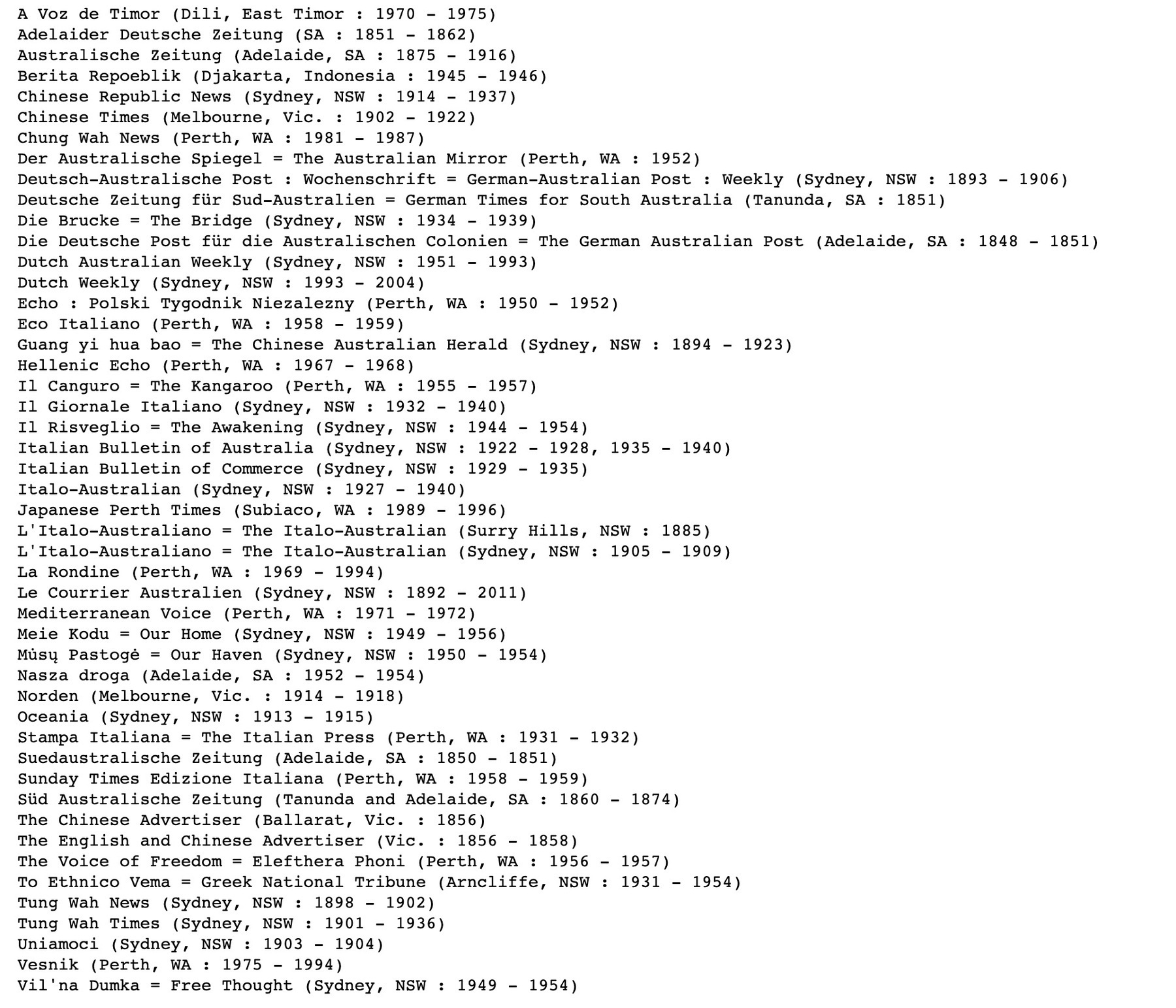