I deliberately don’t keep any stats about GLAM Workbench visits, because I think they’re pretty meaningless. On the other hand, I’m always interested to see how often GLAM Workbench repositories are launched on Binder. Rather than just random clicks, these numbers represent the number of times users started new computing sessions using the GLAM Workbench. I just compiled these stats for the past year, and I was very pleased to see that the Web Archives section has been launched over 1,000 times in the past twelve months! The Trove Newspapers and Trove Newspaper Harvester repositories are also well used – on average these are both being launched more than once a day. 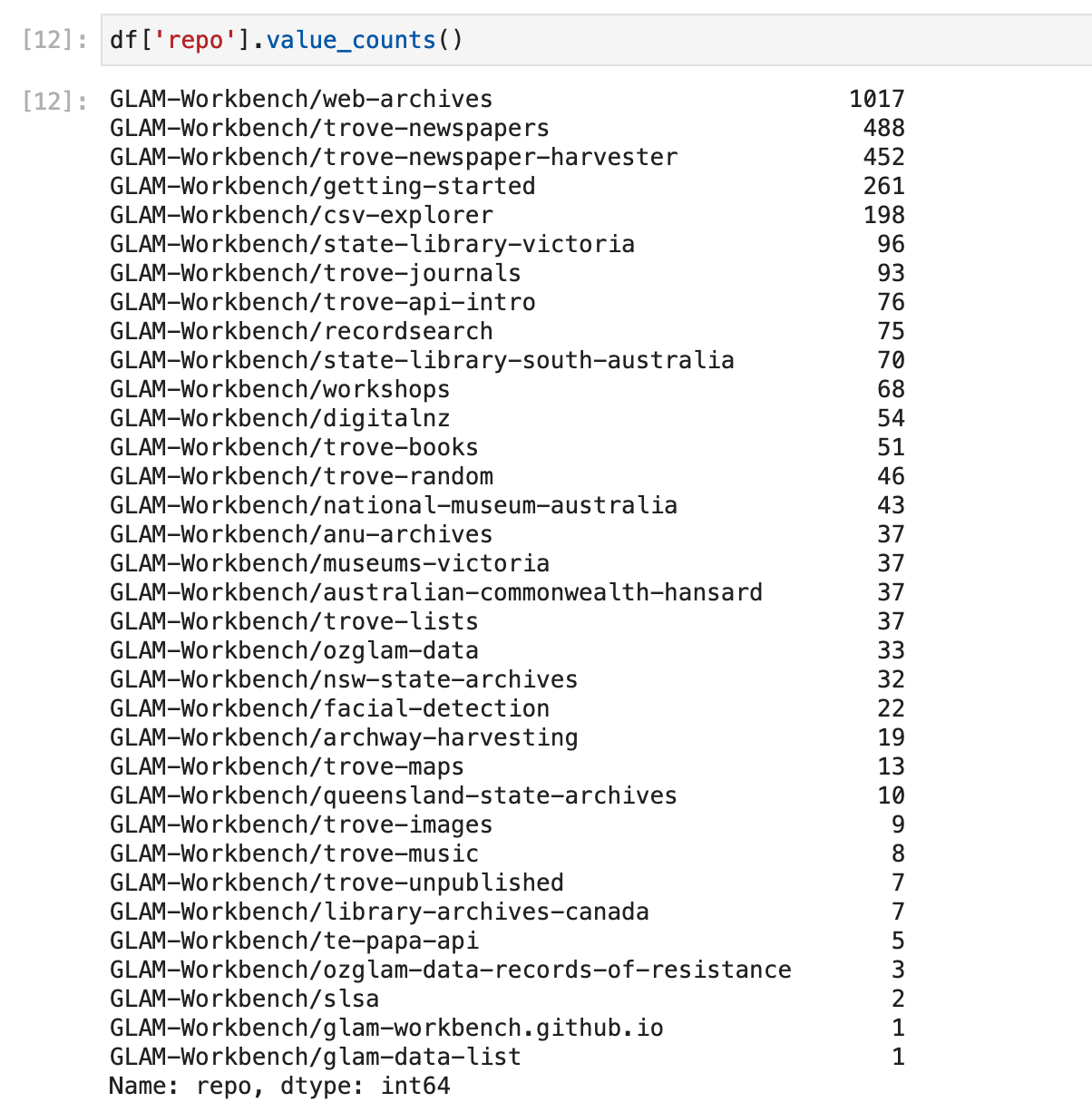 The GLAM Workbench is never going to attract massive numbers of users – it’s all about being there when a researcher needs help to use GLAM collections. One or two launches per day means one or two researchers from somewhere around the world are able to explore new datasets, or ask new questions. I think that’s pretty important.