The death and (hopefully) resurrection of Trove Twitter bots

Today version 1 of the Trove API was decommissioned. As I explained elsewhere, this meant that a number of Trove Twitter bots also died. The problem is that version 2 of the API provides no easy way to randomly select records. Bots, and other apps that share random content, require major reworking.

After a lot of experimentation, I’ve settled on a few methods for selecting random-ish results. They’re far from perfect, but they seem to work reliably. My major concern is that it’s hard to know how much of Trove is reachable by these methods. There may be resources that will never be found.

I’ve documented these methods in a series of Jupyter notebooks so you can try them out yourself.

I’ve used these methods to rework the Trove Twitter Bot starter kits on Glitch that many people have used to create their own bots. This makes upgrading bots a pretty easy task. Each of the new starter kits provides instructions for current bot owners on how they can resurrect their creations.

My feed of Trove bot tweets is looking a little sad tonight. Most of the 43 bots on my list seem to have stopped tweeting. I hope that their owners won’t feel discouraged, and will instead take the chance to upgrade their creations. And maybe a few new bots will be created as well. 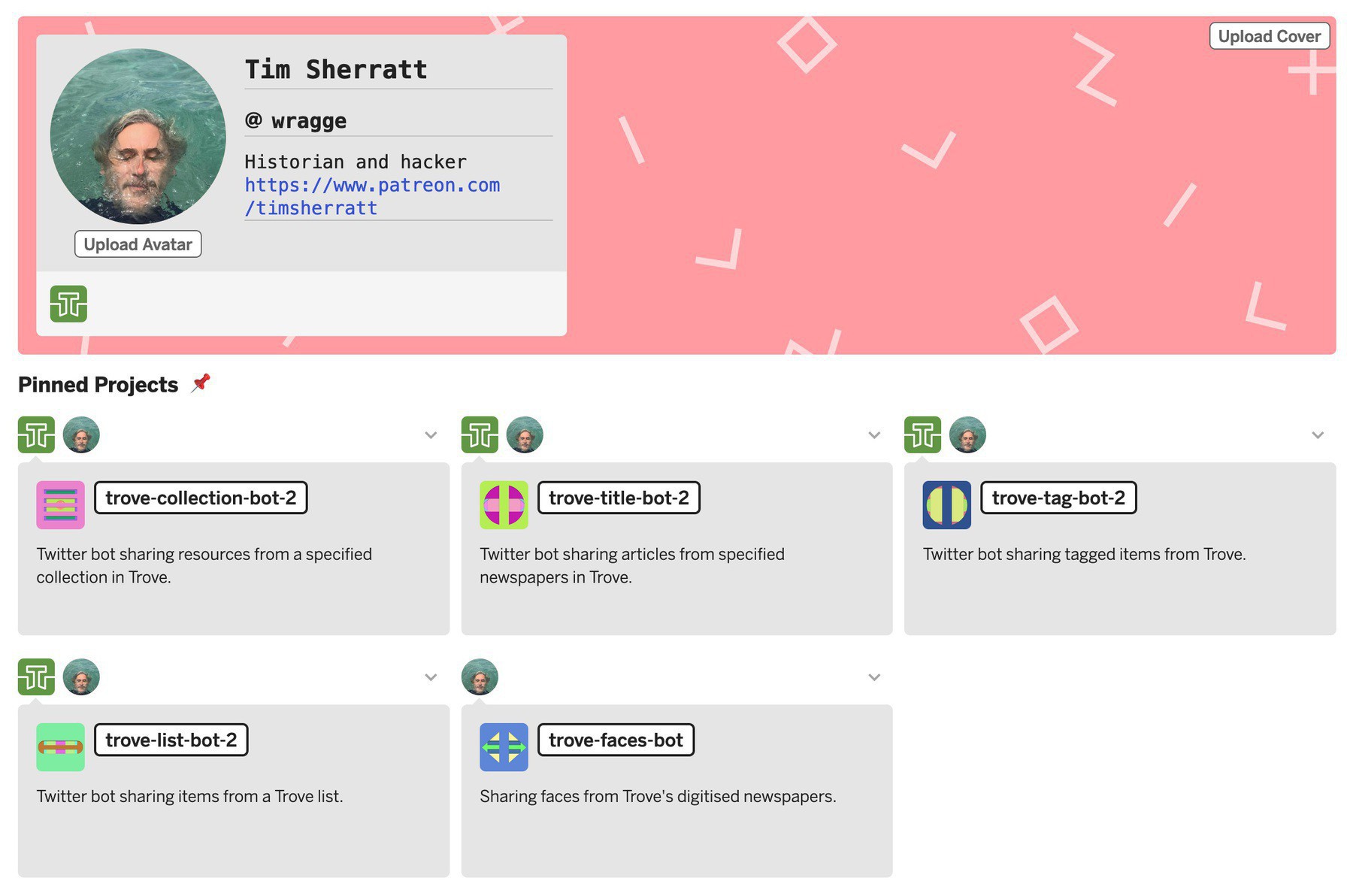